Western Colorado is a great place to spend the summer.  The western slope of the Rocky Mountains has elevation and slightly cooler weather than the flatlands and of course, stunning beauty!  The western slope has an abundance of small, quaint, small towns, usually with their history in mining.

It was only a 65 mile drive from Montrose to Gunnison over Monarch Pass. Gunnison’s altitude is 7,703 and is located at the bottom of several valleys.  Due to its location, cold air settles in the valley at night.  In the summer, the nights are nice and cool, but in the winter, it is one of the coldest places in the U.S. with an average temperature of -8 degrees in January.  The record low is -60 degrees!

I stayed at the Tall Texan RV Park and was lucky to get a site facing a pond.  I took advantage of some of the delicious restaurants.  For a small town in the mountains, the selection of good restaurants was surprising.  I also visited the Pioneer Museum.  It is one of the best small town museums I’ve been to thus far. It consists of a dozen buildings full of exhibits containing everything from toys to railroad cars. It left me feeling old!  I recognized several items that I grew up with and had used at one time or another. 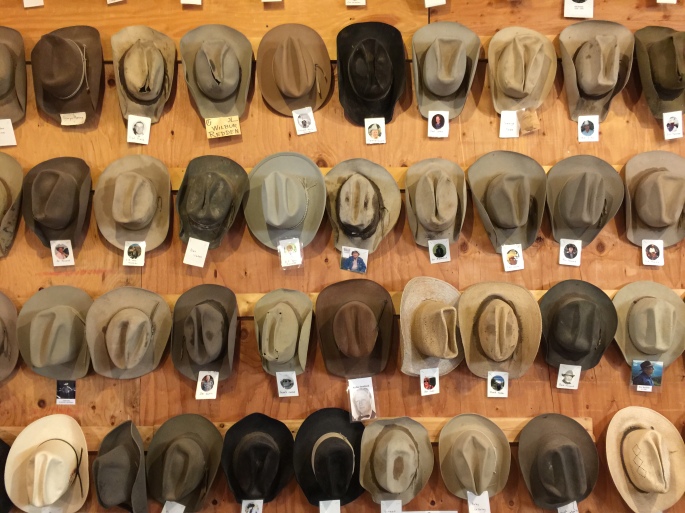 While in Gunnison, I visited Crested Butte several times.  Crested Butte is my favorite town in Colorado.  It is at 8,885 feet with a population of 1,500 and an outdoor person’s paradise.  It is known for skiing, mountain biking, hiking, watersports and is designated the Wildflower Capital of the Colorado. Crested Butte is famous for both its history and architectural character.  In 1974 the entire town was designated a National Historic District. The town has its roots in mining and has preserved its historical buildings and feel.  Before the miners arrived in the 1870s, Ute Indians used the area, and the surrounding Elk Mountains, as summer hunting grounds. Of course, the miners pushed them out. As I learn more about our history and what our white ancestors did to the Native Americans, it literally makes me sick and tearful.  That’s the curse of being an Empath. It was all about money and greed and still is!  It’s a disgrace!

As luck would have it, I was there for the Wildflower Festival.  I took the Historic Garden Tour and an Art Journal class from Judith Kassel-Mamet.  I never heard of art journaling, but it was art and I like to journal, so….I signed up. It was a four-hour class with eight students.  The four hours just flew by!  Art journaling combines mixed media art and writing in one small journal.  This is perfect for traveling! 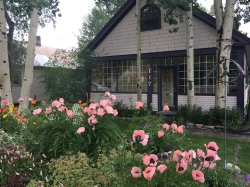 Just a few miles north of Crested Butte is the very small town of Gothic, home of the Rocky Mountain Biological Laboratory (RMBL).  RMBL is a high-altitude biological field station founded in 1928 on the site of an abandoned mining town. Research areas include ecology of the region, climate change, pollination biology and study of the yellow-bellied marmot. Over 1500 scientific publications are based on the work from the laboratory.

While in Crested Butte I also drove up to Irwin Lake where the wild flowers were in peak bloom.  I took the hike around the lake and it was a perfect day! There are 67 types of wildflowers in the area!

I also took a ride up to Taylor Reservoir and continued up a dirt road to the small mining town of Tincup.  Tincup is a big ATV destination.

Next stop was Buena Vista (83 miles) where I stayed at the KOA. Buena Vista (BV) is the gateway to the Arkansas River Recreation Area and white water rafting. I chose Buena Vista because it was half way between Salida and Leadville, two towns I wanted to explore.

Buena Vista is Spanish for beautiful view. It’s located on U.S. Route 24 that runs from Clarkston, Michigan to its intersection with Interstate 70 in Colorado and continues to Buena Vista.  Many of the existing buildings date back to the 1880s.

First thing I did was visit the Jumpin’ Good Goat Dairy.  It was fun and delicious!  There was a brand new kid, only one day old.  The goat cheese they produce was mild and delicious.

I explored the Chalk Cliffs and St Elmo, an old mining town about 20 miles west of BV.  St Elmo is an abandoned mining town with many buildings still standing and under restoration.  Colorado does a great job of preserving their history. There are a few people living in St. Elmo and it has a gift and antique store. 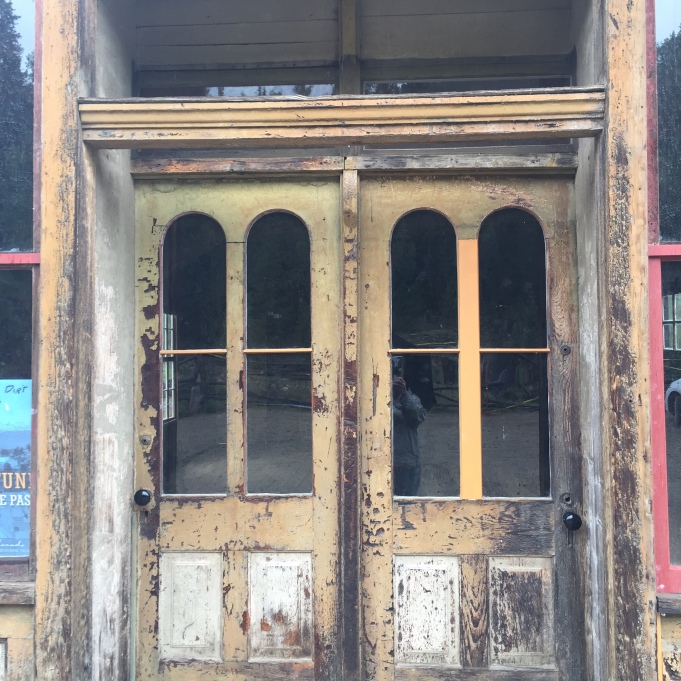 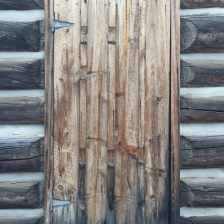 The Chalk Cliffs are located near Mt Princeton (one of the 14,000 ft mountains in the area). The cliffs are not actually made of chalk.  They are kaolinite, a soft rock produced by hot springs percolating through cracks in the mountain.  However, it sure looks like white chalk.

I checked out a few boondocking sites for future reference.  It was too hot for me to boondock because I needed electricity to run the air conditioning.  While searching out the spots I ran Tunnel drive.  It was pretty cool, but I don’t know if my RV would fit through the tunnels.

Salida is a very cute small town south of BV. Salida’s collection of more than 100 buildings in the downtown historic district results in the city being listed in the National Register of Historic.  It is also home to one of the first Creative Districts in Colorado and attracts artists and creatives of all kinds with natural scenery, summer and winter activities and a large tourist trade. In Salida’s Creative District, there are around 50 galleries. I walked around town, had lunch and took a walk in Riverside Park.

About 35 miles north of Buena Vista is the small, mining town of Leadville. Leadville was once known as the wickedest city in the United States.  In the early days, it was known for saloons, bawdy houses, theaters, and just about every kind of entertainment and depravity that a prosperous mining camp could offer.  Nowadays, it is a tourist town at an elevation of 10,152 feet with a population of about 3,000. In the 19 century, Leadville was the second most populous city in Colorado, after Denver.  It is the highest incorporated city in the United States.

Leadville has done an excellent job on restoring and preserving the buildings.  There is a great walking tour on Harrison Avenue, which is the main street through town. There are 38 historical buildings on the walking tour.  I took a private tour of the Healy House and Dexter Cabin.

I also went to the National Mining Hall of Fame and Museum.  The museum has over 1,000 minerals, crystals and gems from around the world.  California was well represented with gold exhibits. 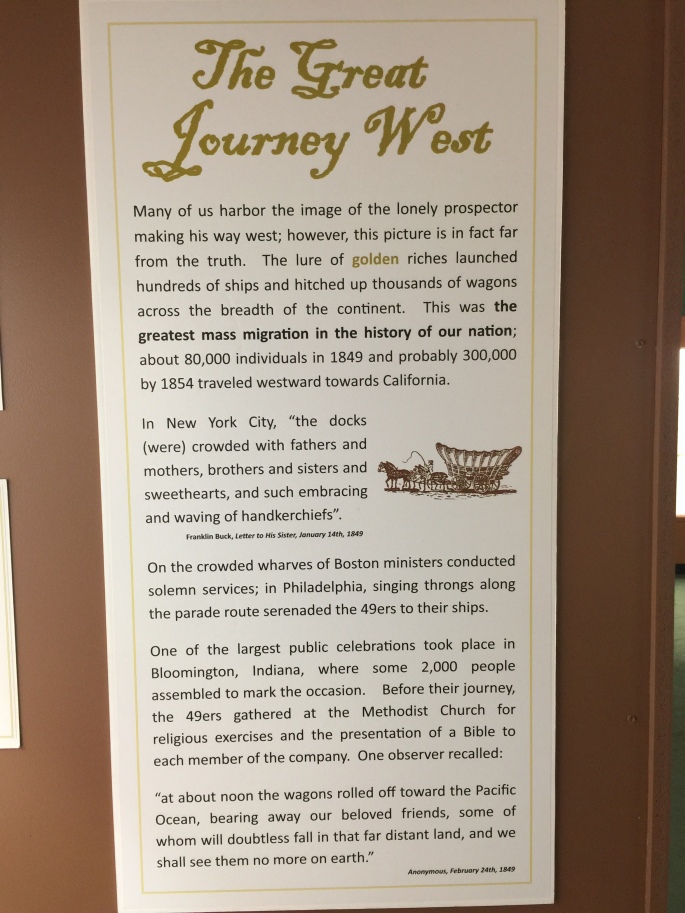 Both were well worth the time and money.

Stay tuned for part II of my summer in Colorado.

One thought on “Summer in Colorado – Part I”